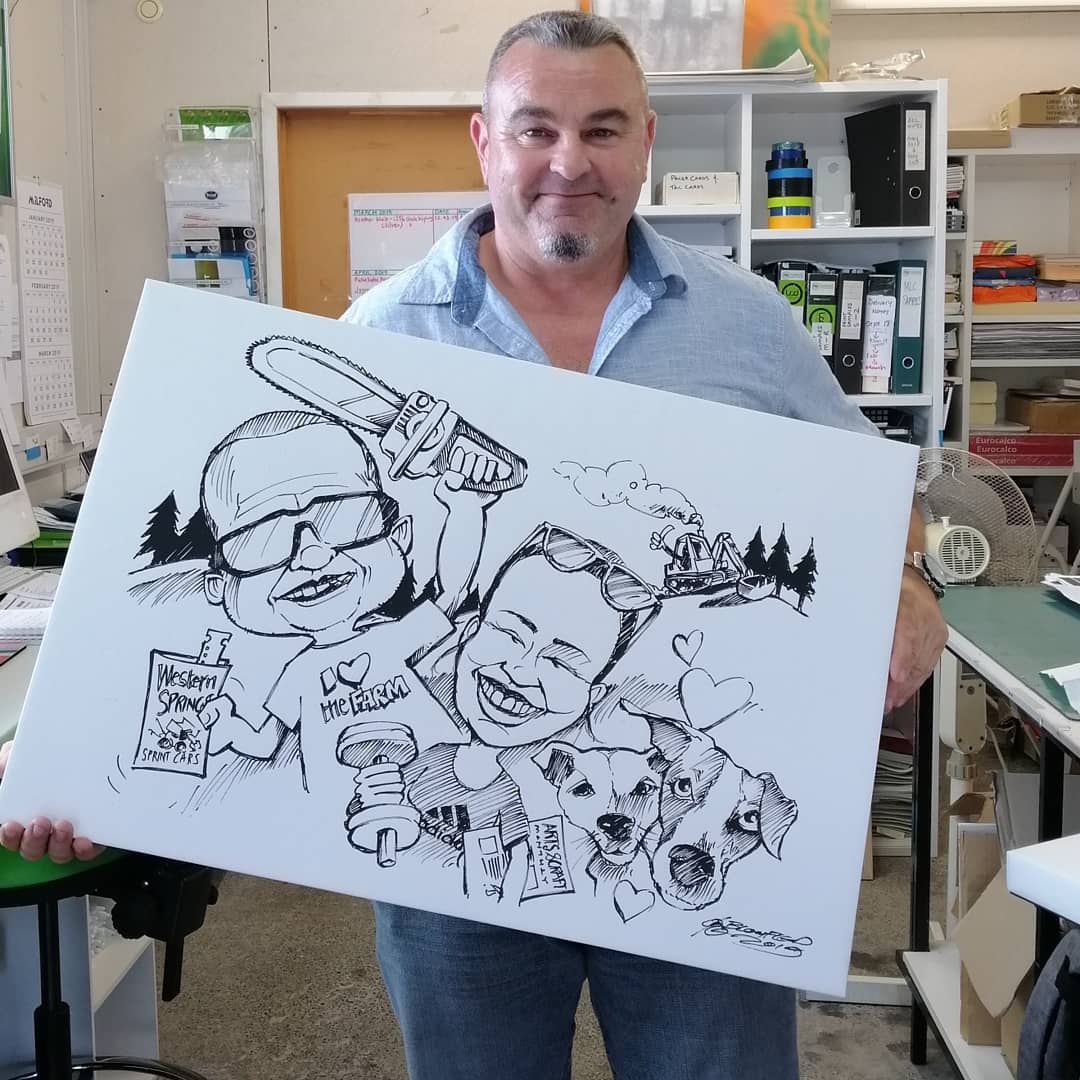 A caricaturist of all things

My hunger to grow my art into something more than a hobby has always been apparent. To create is to live. I am especially proud to be continuing the legacy of being a published cartoonist (times.co.nz) and having a similar style to my great grandfather.

Be cartooned at your next event

I believe there is magic that only a picture can give. When I draw, connecting and engaging with people gives me the most pleasure. Every event, every commissioned piece, every heartfelt reaction – from laughter to huge smiles and often tears – makes me so grateful that I can do what I love; I am so humbled by the ongoing support and encouragement.

As a young child, I was always fascinated by my grandfather’s skill. I was mesmerised as he (Val Blomfield) would sit and sketch the ducks, trees and water at Western Springs. He would always draw cartoons on any cards and envelopes handed out at birthdays and Christmases – this is where my interest in cartooning began to grow.

My father owned a sign-writing shop called Blomfield Signs. I spent as much time as I could watching both him and my grandfather creating unique pieces of art with every skilful brushstroke. 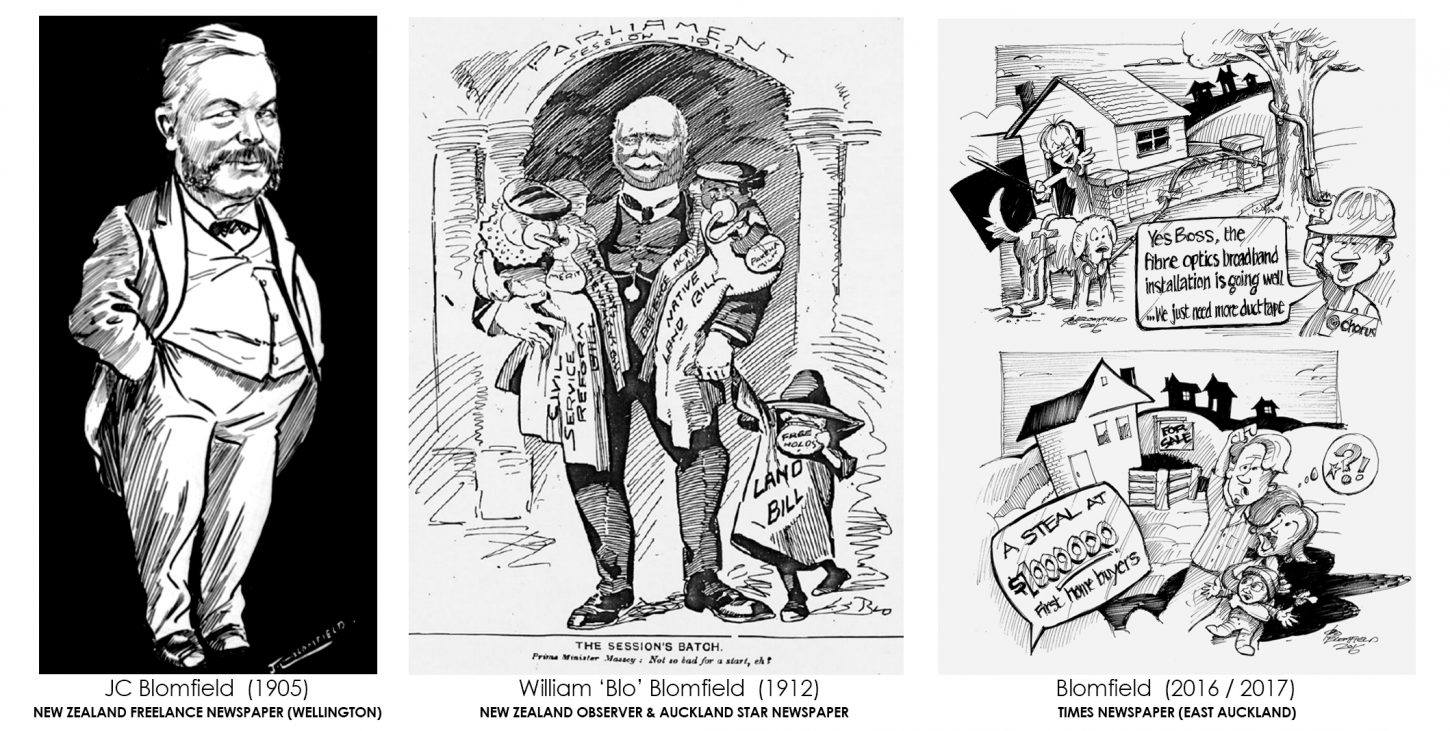 First use of Kiwi as unofficial national symbol

In 20 August 1904, The New Zealand Free Lance printed J.C. Blomfield (Darren’s great grandfather) cartoon in which a plucky kiwi morphed into a moa as the All Blacks defeated Great Britain 9–3 in the first rugby test between Motherland and colony. This may have been the first use of a kiwi to symbolise the nation in a cartoon.

By 1908 the kiwi was the dominant symbol for New Zealand in cartoons, especially sporting ones, having replaced images of moa, fern leaves, a small boy and a lion cub.

The New Zealand representative rugby league team was dubbed the Kiwis by a journalist in 1921 and has officially had this name since 1938. The 1945–46 2NZEF rugby team was also known as the Kiwis. 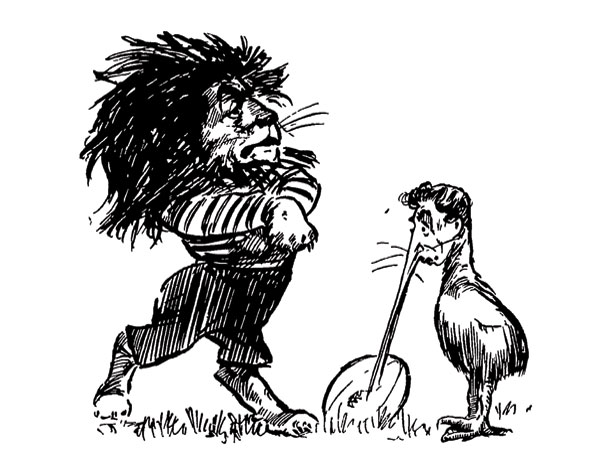 Using the Kiwi as an unofficial national icon 115 years later

Darren Blomfield comes from a long line of published cartoonists.

Below are some published satirical pieces by his Great uncle ‘BLO” and his Great Grandfather JC Blomfield from over 100 years ago. 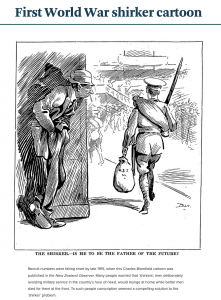 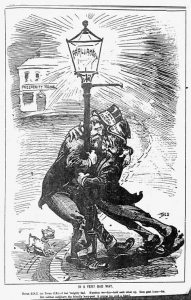 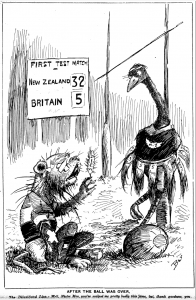 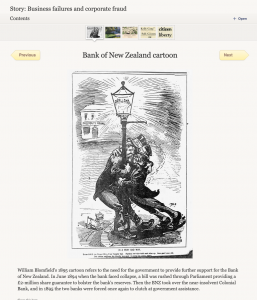 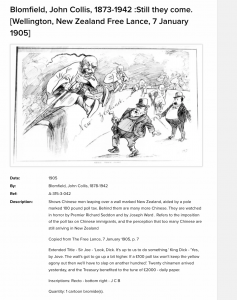 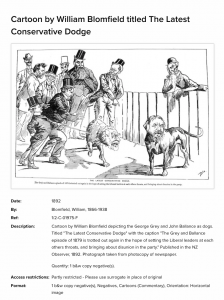